The beginnings of the Group

The history of Grimaldi Group began in Naples after World War II and is inextricably linked to the legendary figure of Achille Lauro. The founders of the Group are in fact the brothers Luigi, Mario, Ugo, Aldo and Guido Grimaldi: the beloved grandchildren of the Master, the children of his sister Amelia.

In fact, the female gender played a fundamental role in the Grimaldi family’s entry into the world of shipping, especially in the person of Amelia Lauro, daughter of Gioacchino and sister of Achille, who married Giovanni Grimaldi.

In the second half of the nineteenth century, Gioacchino Lauro, ship owner from Sorrento, founded a company of steamships, one of the first Italian joint-stock companies in shipping.

Achilles, Gioacchino’s son, inherited his father’s passion for the sea and his business sense, becoming the most important European shipowner between 1960 and 1970. Giovanni Grimaldi, on the other hand, was a lawyer and a landowner: a man of culture, yet he did not possess the maritime spirit of his ancestors. In fact, it was his wife, Amelia Grimaldi, who approached their children at sea, asking her brother Achille to take Guido under his strict but wise guide. 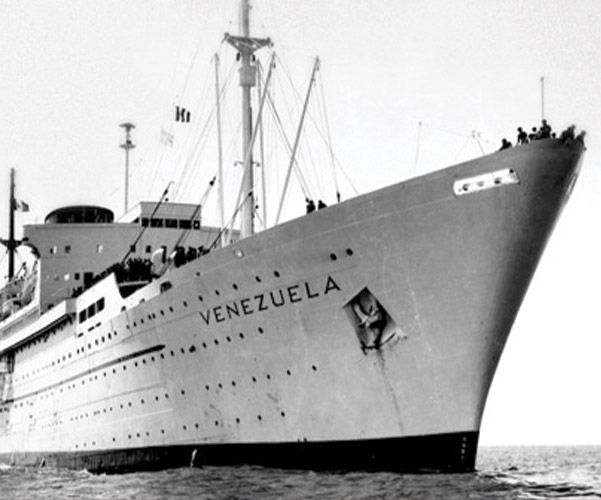 In 1947 the five siblings gave birth to a new shipping company. After years at Uncle Achille’s life and work school, they bought Orione – one of the 50 ships Liberty the United States decided to sell in Italy to help rebuild our fleet after the war – and they started their activity in sea freight transport.

In the same years passenger navigation and transatlantic journeys reached their peak. The Grimaldi siblings interpreted the demands of the market and promptly opened to passenger transport, focusing on the Mediterranean-South America route, with modern and comfortable ships that regularly connected Italy to Buenos Aires.

The turning point of the 1960s and the transport of vehicles

Beginning in the early 1960s, coinciding with Italy’s economic boom, Liberty ships were withdrawn from the fleet and replaced with modern bulk carrier tanks, which favoured a strong boost in freight transport.

For Grimaldi Group, however, the turning point came in 1969, when the siblings inaugurated a new scheduled service between Italy and the United Kingdom, specifically conceived for the transport of vehicles (ro/ro sector): in a few years the Grimaldi brand became known to all the major international car manufacturers, who entrusted it with the transport of vehicles between Europe and the Mediterranean. Since then rolling stock has been the driving force for the growth of the Group. This event marked the beginning of the modern period: in the last forty years, in fact, the transport of rolling stock has represented the driving force for the growth of the Group. At the same time, the Group extended its network not only by serving the routes of the Mediterranean and Northern Europe, but also those between Northern Europe and West Africa and between Northern Europe and South America. 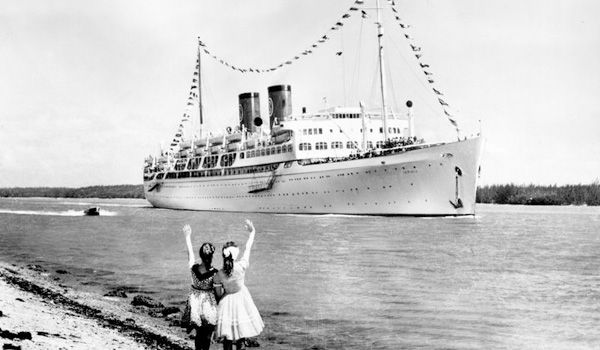 Exponential growth over the past 15 years

Over the past 15 years the Group has been pursuing a policy of expansion, of its network of maritime connections, of the fleet and of ground services.

In the same period a dense network of Motorways of the Sea in the Mediterranean Sea and in the Baltic Sea was born, which transforms into reality the objective set by the European Union to favour modes of transport of goods that respect the environment that surrounds us: the Motorways of the Sea network is implemented through the acquisition of various companies leaders in their fields – including Finnlines in 2006 and Minoan Lines in 2008 – and today counts on a total of about 100 routes.

Scroll to top
This Website uses cookies: we and selected third parties use cookies or similar technologies for technical purposes and, with your consent, also for statistical-analytical and advertising purposes, as specified in the cookie policy. By clicking on “Accept all”, you are accepting the use of all cookies on thus Website. By clicking on “Continue without accepting”, you are accepting only the categories of cookies necessary for the functioning of the Website. More information can be found by clicking on “Manage cookies”
Continue without accepting  Manage CookiesAccept All
Manage consent

Analytical cookies with full identification power
The Website uses Google Analytics for web statistics services. Google may place Google Analytics cookies on users’ devices in this context to track and examine how visitors use the Website. This Website does not guarantee that the aforementioned activity will be carried out by Google in a totally anonymous form and, therefore, these cookies are installed with the user’s prior consent.

Profiling cookies
Profiling cookies issued by third parties are used to assign a probabilistic value of belonging to certain clusters in order to provide the Website owner with data relating to the composition of its audience for purposes related to content and/or advertising optimisation. The Website uses profiling cookies from the following Third Parties: Google; YouTube; DoubleClick. Profiling activities are not carried out by these Third Parties anonymously and, therefore, these cookies are installed with the user’s prior consent